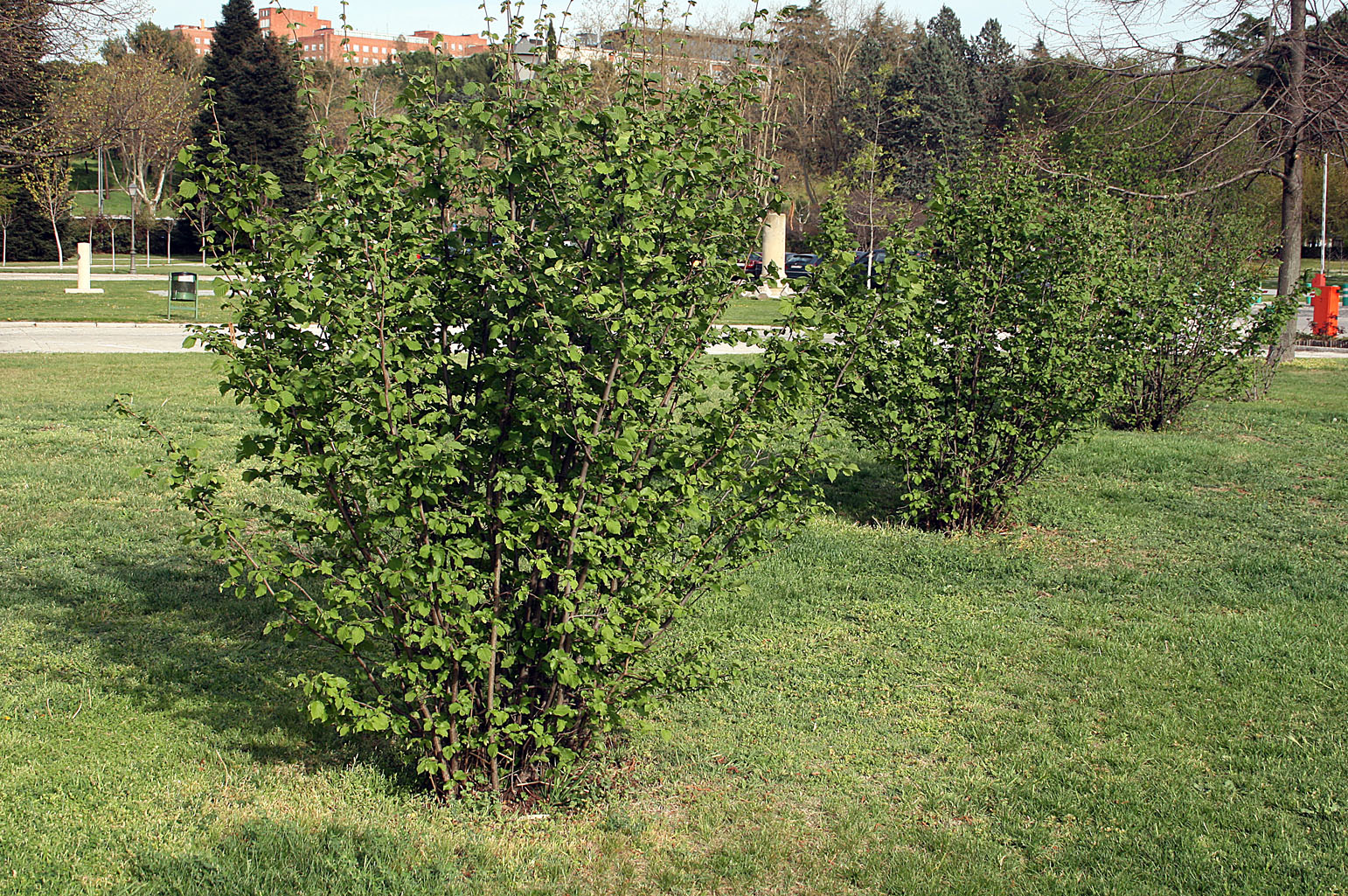 Corylus avellana: Appearance of three specimens in spring and summer 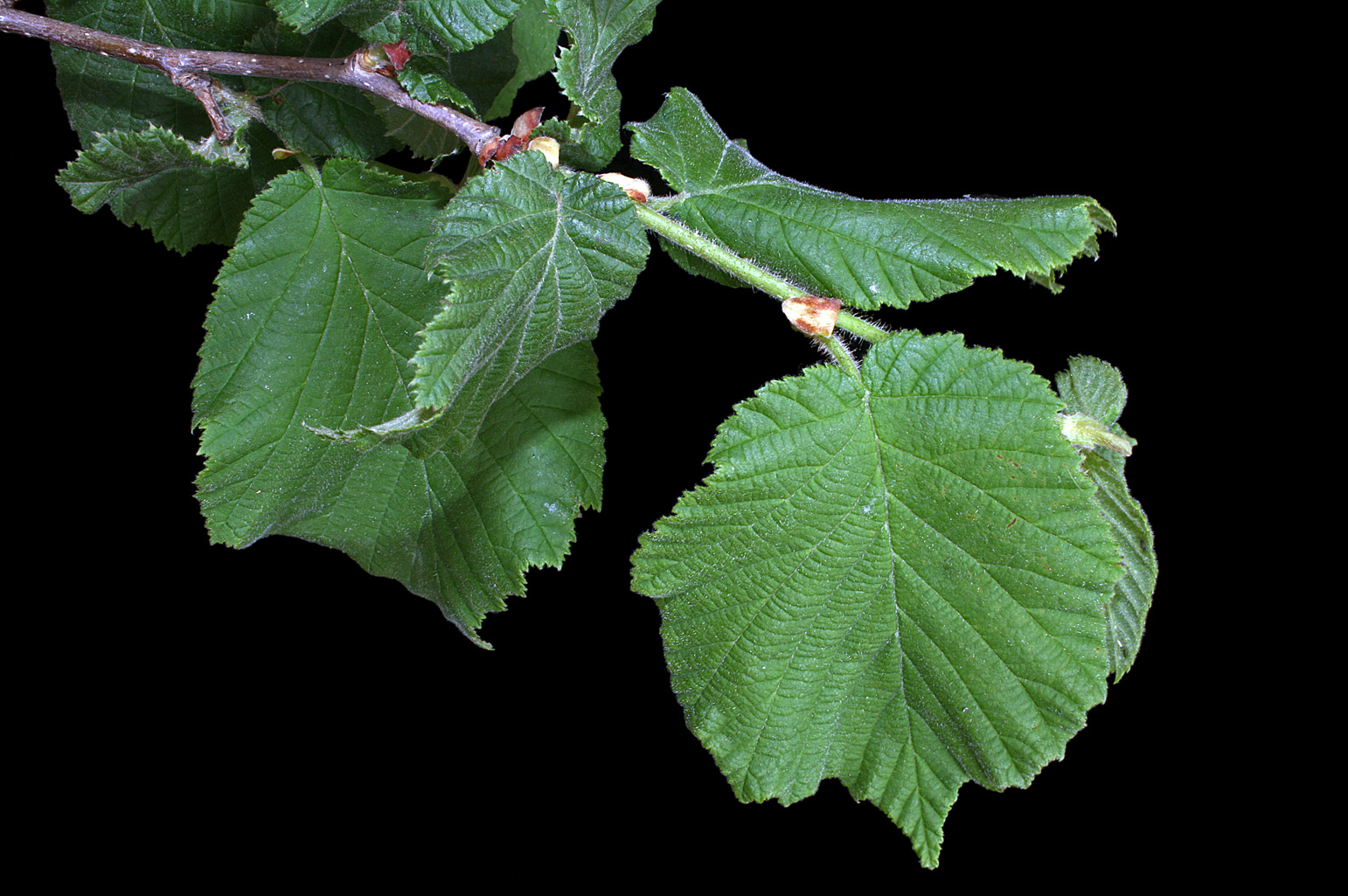 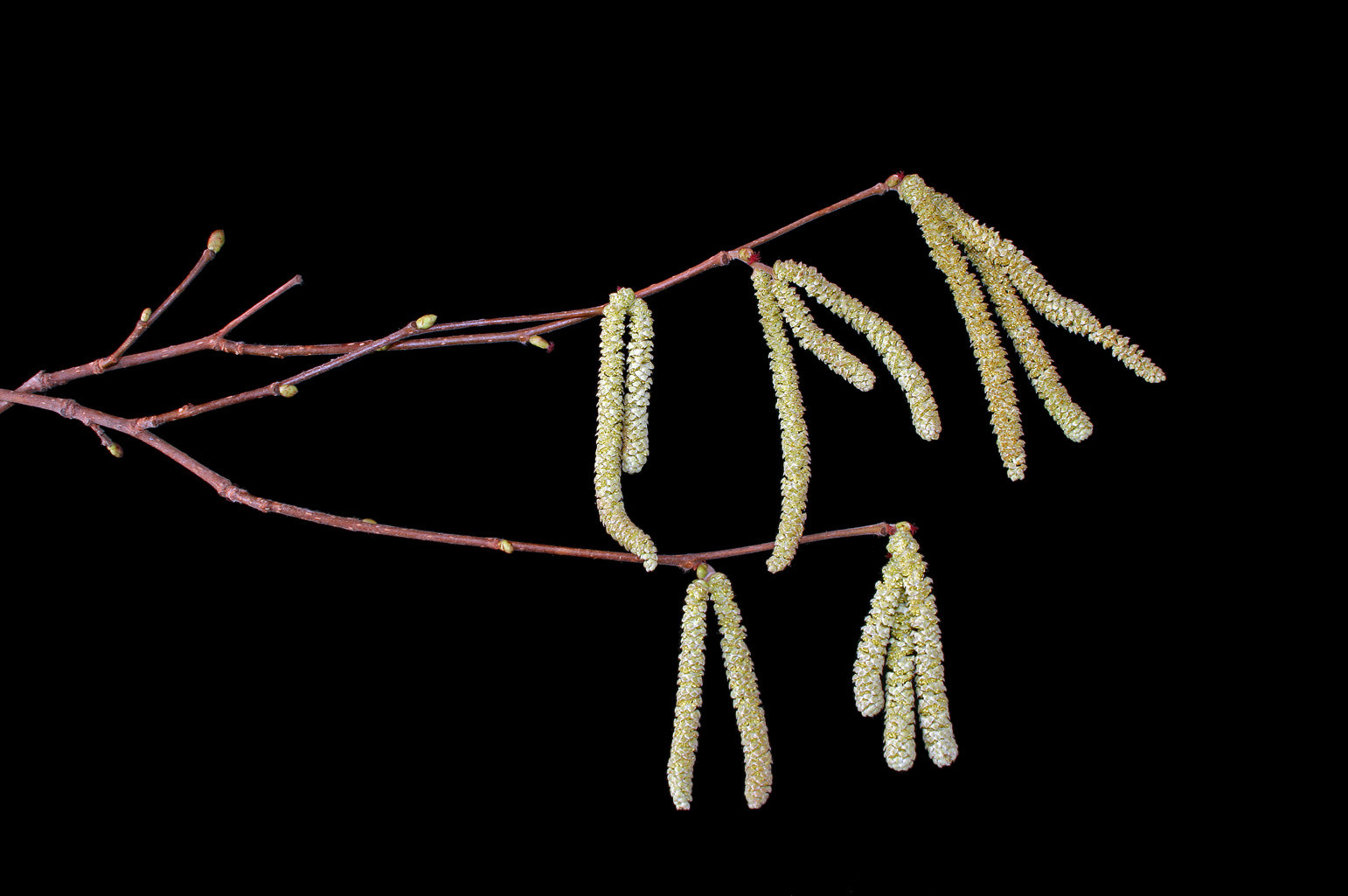 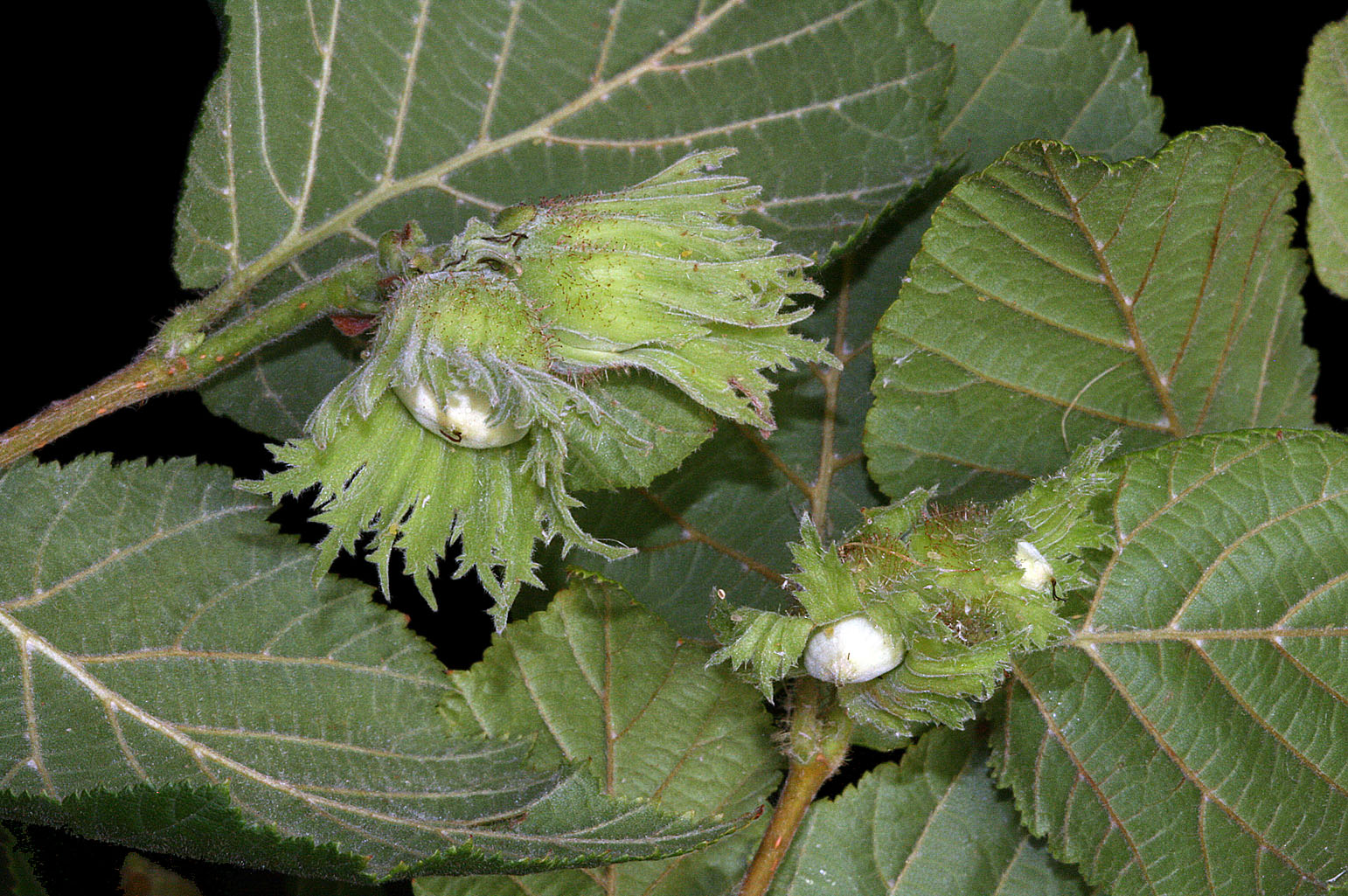 avellana: apparently derived from Avella, an Italian town where the plant used to be very abundant

Habit: Deciduous, monoecious shrub or small tree up to 8 m tall with a bark that is almost smooth and an irregular, open crown.

Flowers: proteranthous, unisexual; male flowers in pendulous cylindrical catkins up to 8 cm long, arranged in groups of 2-5 towards the ends of branchlets, each in the bract axil and with two bracteoles, naked, with 4-8 stamens with bifid filaments. Female flowers epigynous, in groups of 1-6, surrounded by an involucre of scaly bracts, each wih a very small calyx and a syncarpous, 2-carpellate gynoecium with a bilocular inferior ovary and a style divided from the base into two elongated reddish branches.

Fruit: nut (hazelnut or cobnut), produced in clusters of 1-4 in a common leafy involucre, with deep, irregular indentations at the apex; nut 1.5-2 cm long, broadly ovate to globose, acuminate, with a woody reddish-brown pericarp and a single seed.

Native to Europe and W Asia. In the Iberian Peninsula it mainly occurs in the northern half.

It is often cultivated as an ornamental but is mainly grown (in Spain, especially in the regions of Catalonia and Levante) for its fruits, whose seeds (hazelnuts) are highly appreciated in confectionery and are an essential component of spreads such as "Nutella". Hazelnuts have high nutritional value, as they contain up to 50-60% of oil rich in unsaturated fatty acids and vitamin E. Hazel branches (formerly used to administer corporal punishment at schools) are used to make walking sticks; forked twigs of hazel are favored by deviners to find water.

It is propaged from seeds, by separating root suckers, by layering or from hardwood cuttings.

Corylus avellana: Appearance of three specimens in spring and summer