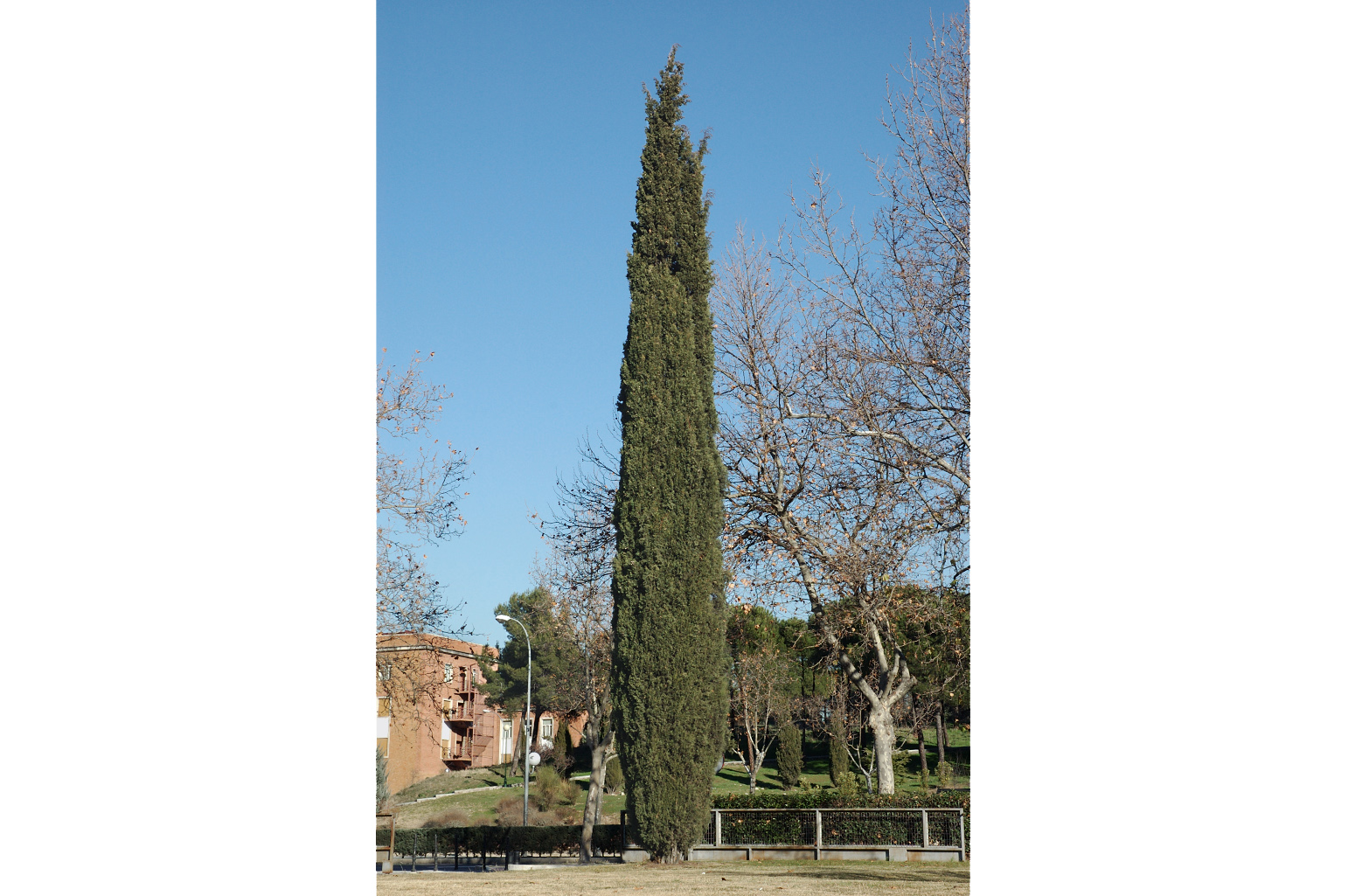 Cupressus sempervirens: Appearance of the tree all year round; the specimen in the picture is C. sempervirens f. sempervirens, with a narrow and fastigiate crown 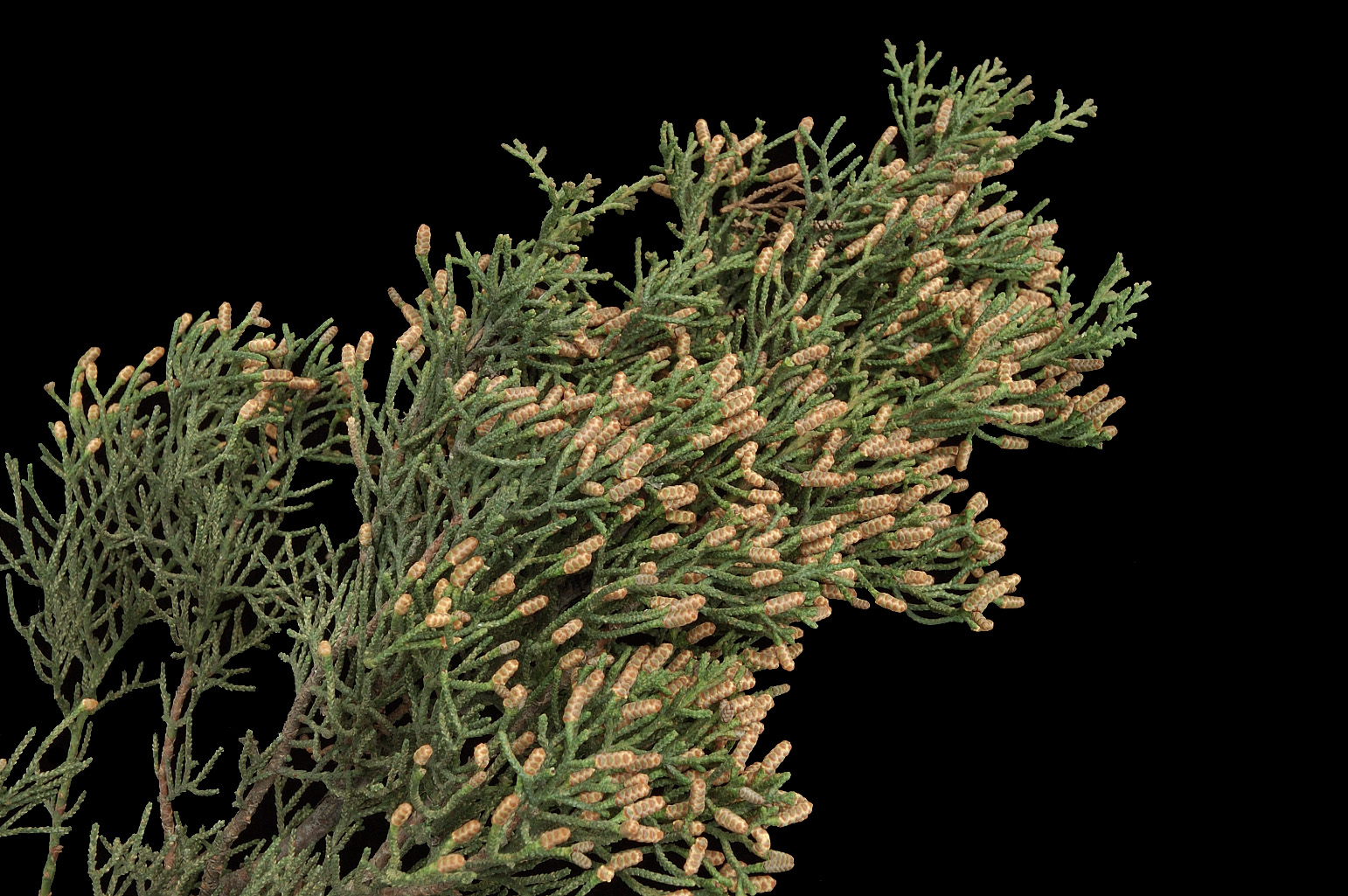 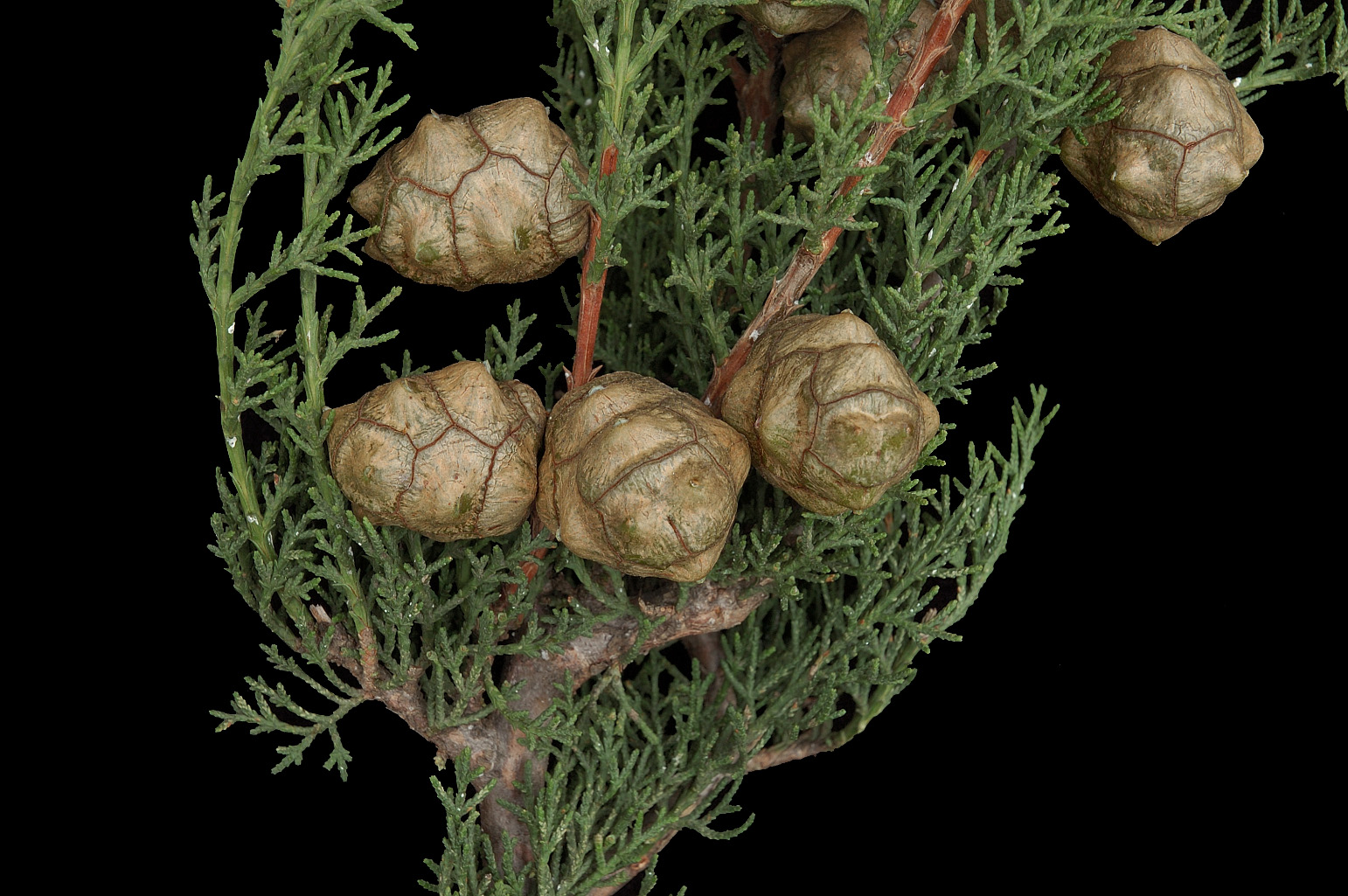 Habit: Evergreen, monoecious columnar tree up to 35 m tall with a stout trunk; bark brown, fibrous, longitudinally furrowed; branches can be very upright, forming a narrow, elongate and pointed (fastigiate) crown with dense foliage, or spread almost horizontally, in which case the crown is ± conical and less dense.

Leaves: opposite and decussate in compressed nodes, persistent, simple, 0.5-1 mm long, scale-like, ovate, with a broad and decurrent base and an abaxial resin gland, appressed to the short internodes in such a way that the stem can hardly be seen.

Male and female cones appear at the end of the winter or beginning of spring; female cones mature in autumn of the following year and remain closed on the tree for a long time.

Native to W Asia, and abundant in Cyprus (where the name of the genus is believed to come from).

This tree is very long lived and can live for several centuries. It tolerates drought very well but not intense frost. There are two forms of this species: var. horizontalis (Miller) Voss, with a broad, conical crown, and var. sempervirens, with a narrow fastigiate crown; the latter is more frequently planted to form hedges and as an isolated tree or in small groups. It is a typical feature of the classical Mediterranean garden and is used very often as an ornamental in cemeteries. It has expectorant properties. Its timber is aromatic and highly appreciated in carpentry; it is highly resistant to rot and has therefore been used in construction, especially in boatmaking; Noah's Ark and the Temple of Solomon are said to have been made of cypress timber.

It is very sensitive to Seiridium cardinale (W.W. Wagener) B. Sutton & I. A. S. Gibson, an ascomycete fungus that causes damage both in hedges and isolated trees. At its point of entry the fungus causes resin-oozing cankers above which the branch dries and becomes reddish brown.

It is propagated from seeds.

Cupressus sempervirens: Appearance of the tree all year round; the specimen in the picture is C. sempervirens f. sempervirens, with a narrow and fastigiate crown