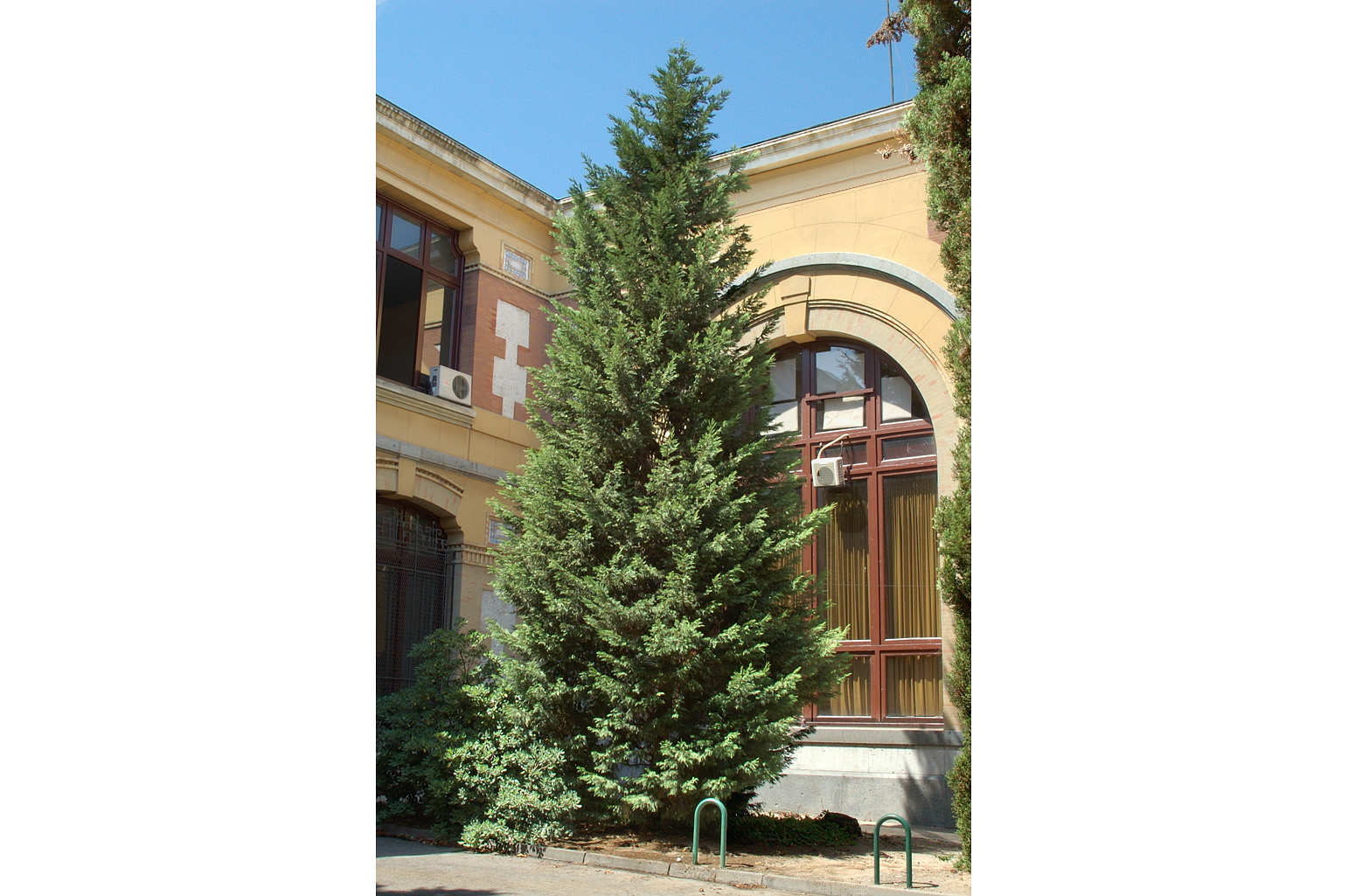 Cupressus x leylandii: Typical pyramidal shape of the tree all year round 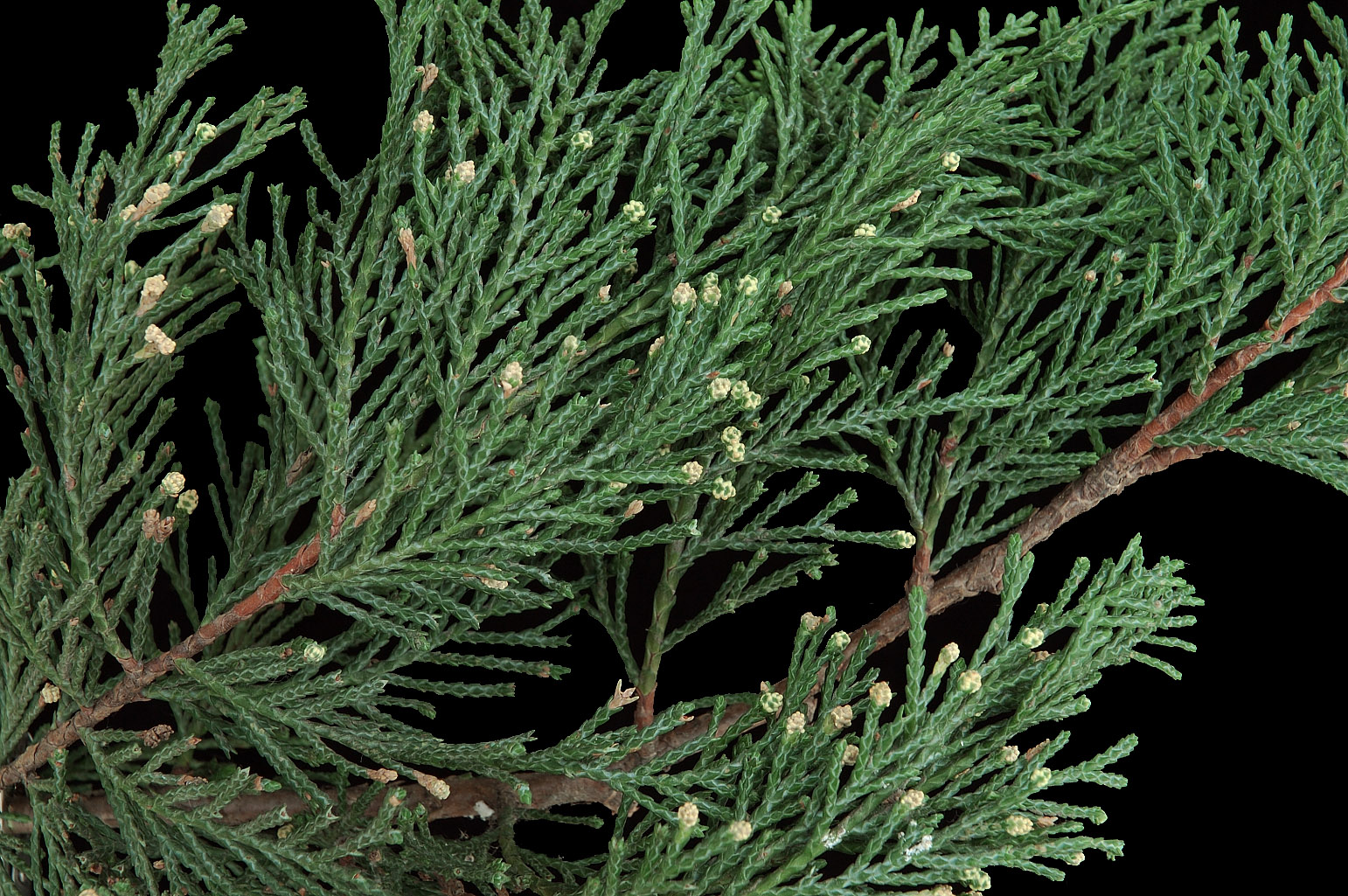 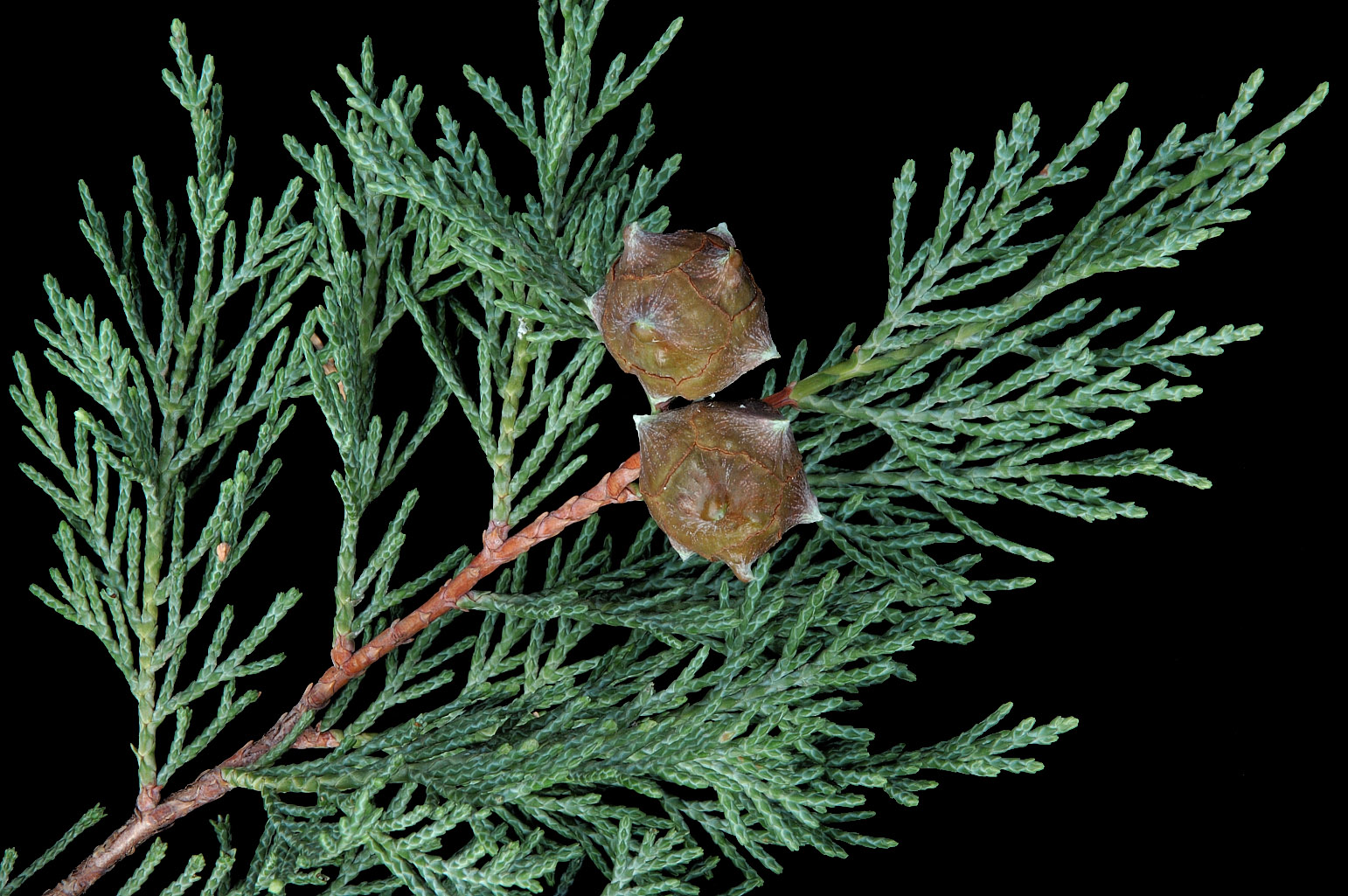 leylandii: after C. J. Leyland, the British horticulturist who discovered and cultivated the first spontaneous hybrids at the end of the 19th century

Habit: Evergreen, monoecious tree up to 30 m tall, with a dense, conical or columnar crown and elongate ± irregularly flattened twigs.

Leaves: opposite and decussate in compressed nodes, persistent, simple, 1.5-3 mm long, scale-like, ovate, with a broad decurrent base and an inconspicuous small abaxial resin gland, appressed to the short internodes in such a way that the stem can hardly be seen.

Mature female cones: up to 2 cm in diam., ± globose, formed by 4 pairs of decussate seed scales, woody, peltate, separating as they mature, releasing the seeds. Seeds compressed, narrowly winged and with 5 small glands per scale.

Hybrid between C. nootkaensis D. Don and C. macrocarpa Hartw. that occurred spontaneously in gardens in the S of Great Britain at the end of the 19th century.

This hybrid originated at the end of the 19th century in gardens in the south of Great Britain, very far from the origin of its parent species. It is the result of spontaneous pollination of female cones of Cupressus nootkatensis D. Don (formerly called Chamaecyparis nootkatensis (D. Don) Spach) with pollen of Cupressus macrocarpa Hartw. Years later, the crossing occurred again but in the opposite direction. Since then, other clones have been obtained vegetatively and are currently cultivated as ornamentals and particularly to form hedges. In numerous nurseries, Leyland cypress is still sold under the name Cupressocyparis × leylandii.

It is very sensitive to Seiridium cardinale (W.W. Wagener) B. Sutton & I. A. S. Gibson, an ascomycete fungus that causes damage both in hedges and isolated trees. At its point of entry the fungus causes resin-oozing cankers above which the branch dries.

It is propagated from semi-hardwood cuttings, with some difficulty.

Cupressus x leylandii: Typical pyramidal shape of the tree all year round