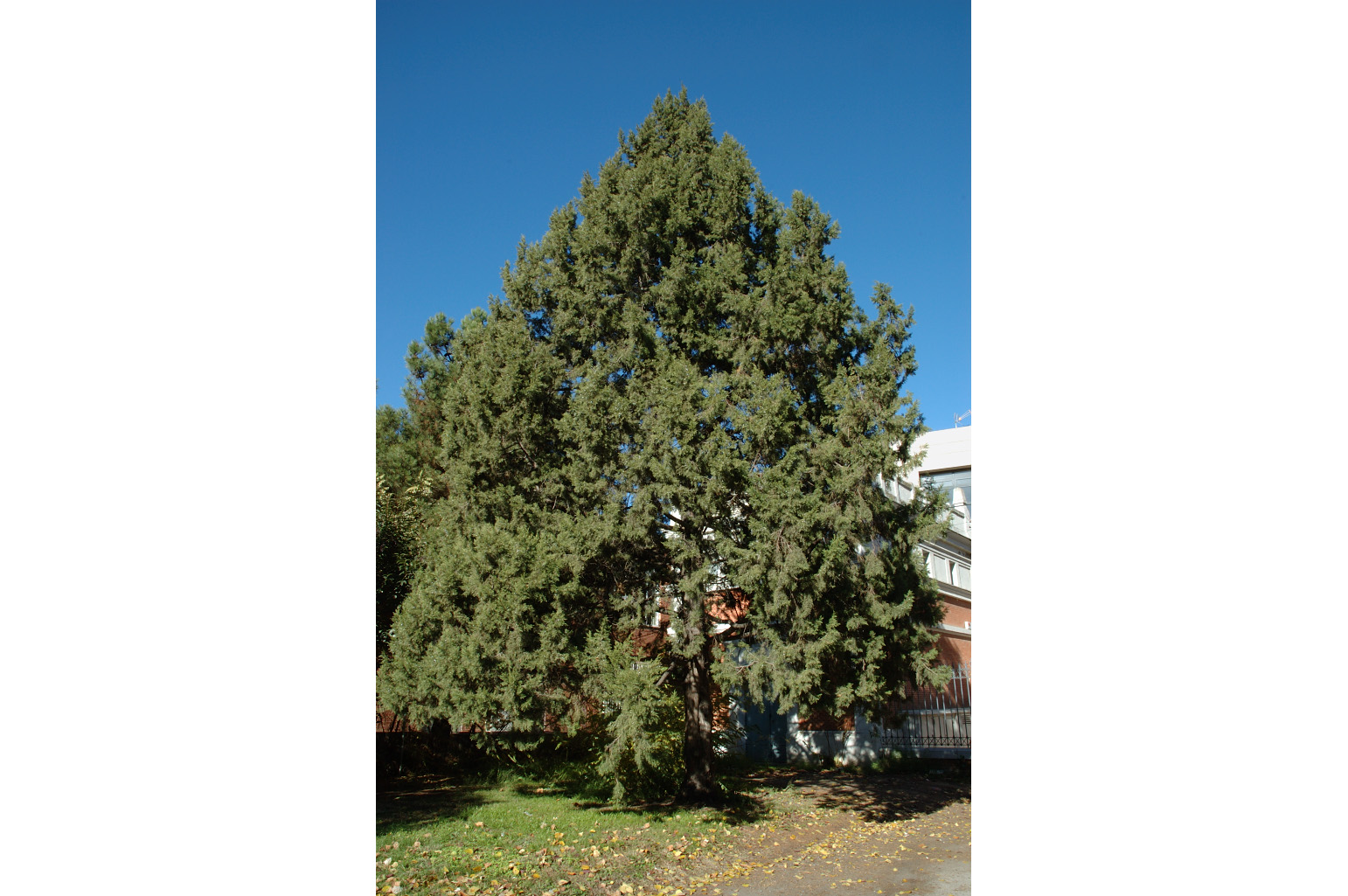 Juniperus chinensis: Pyramidal shape of the tree all year round 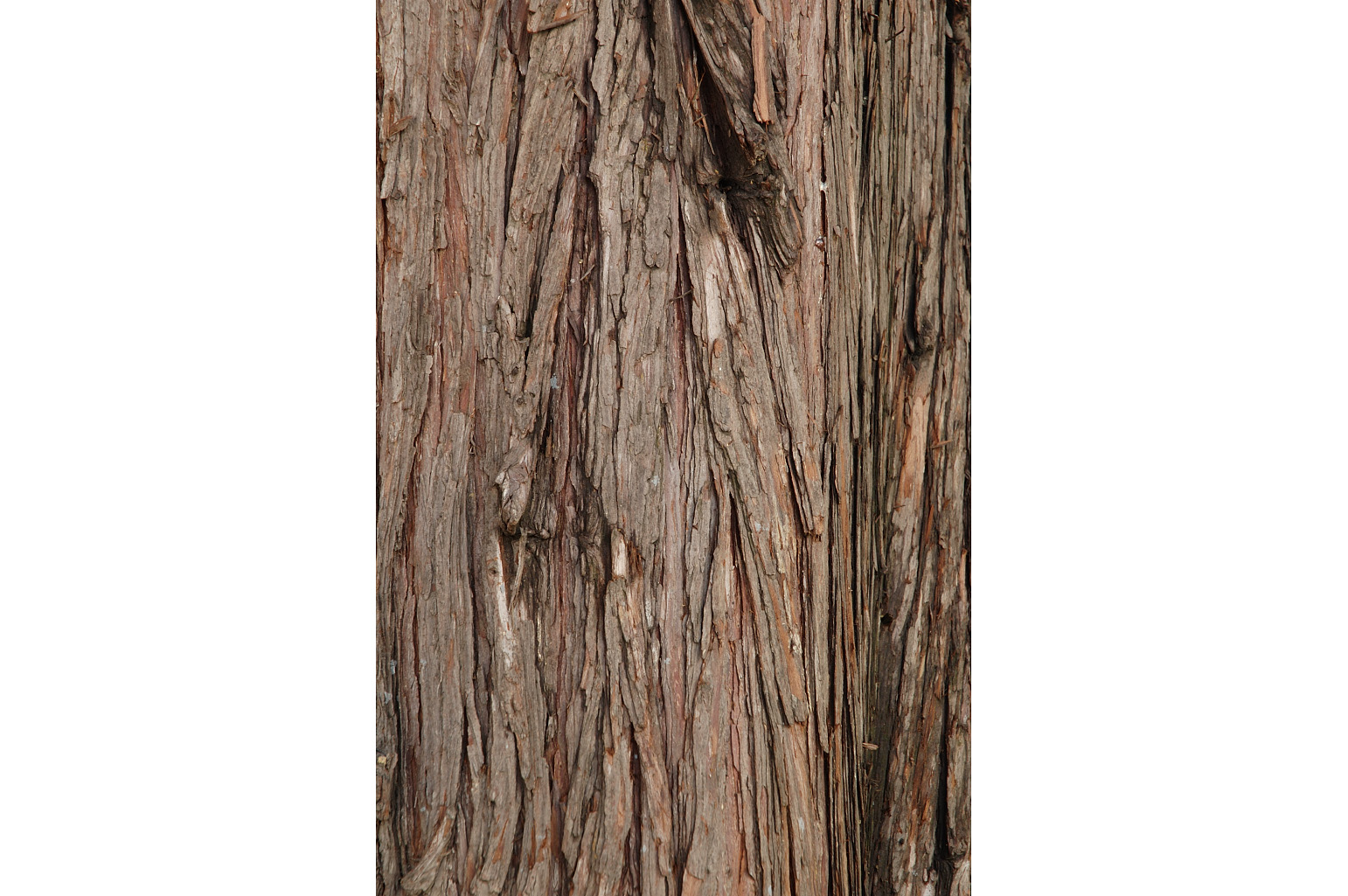 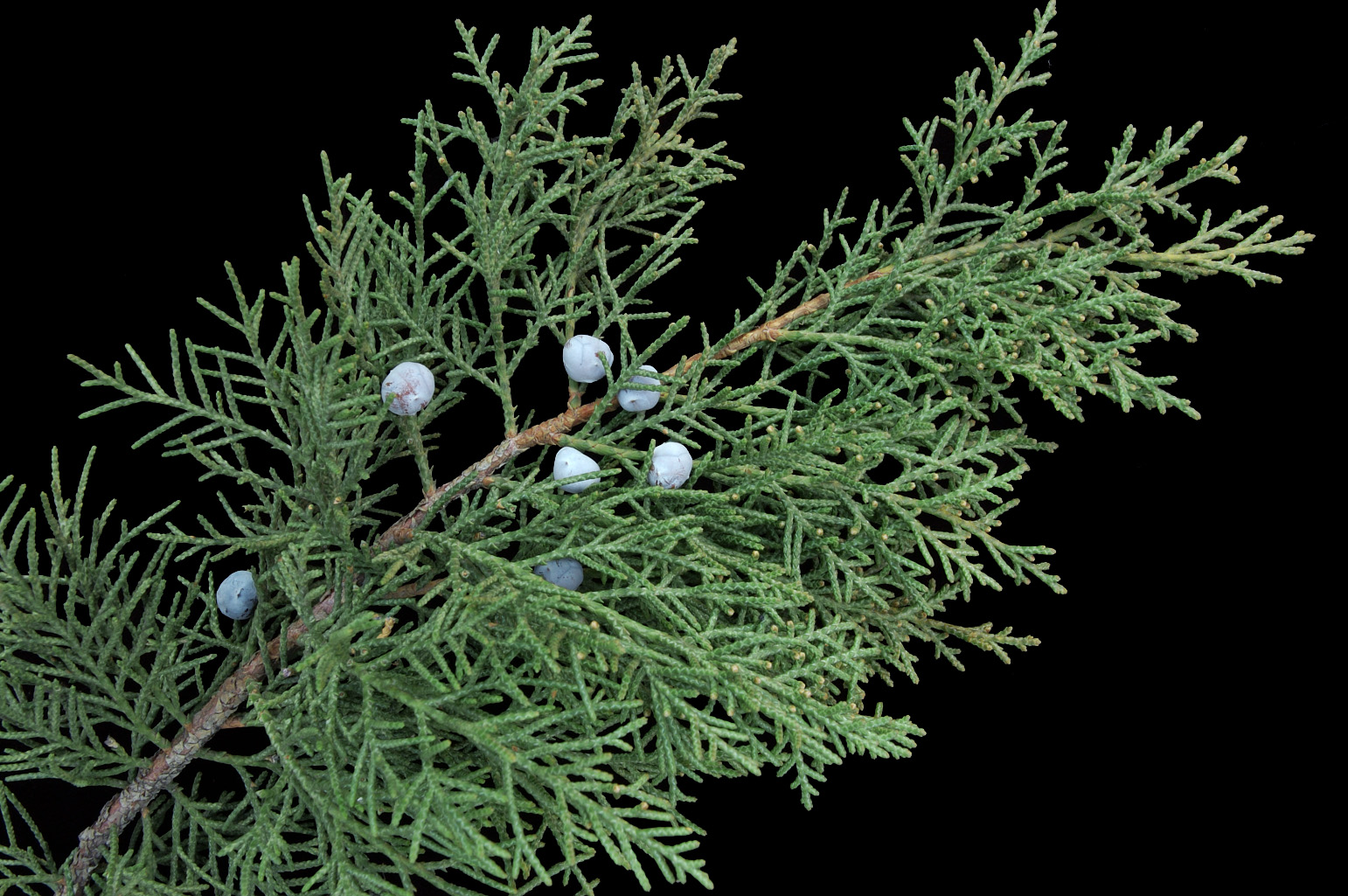 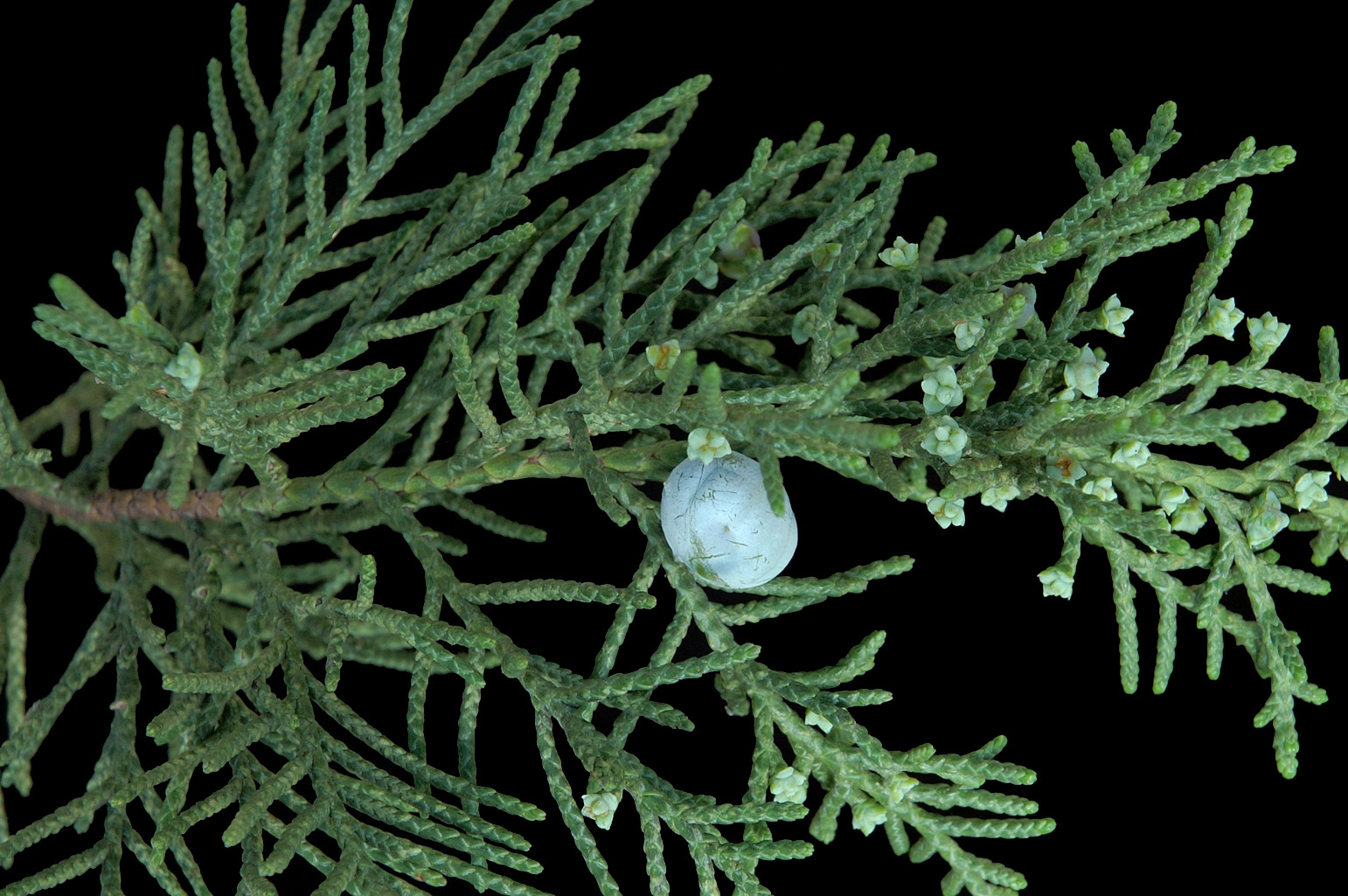 Habit: Evergreen, generally dioecious dwarf shrub or tree up to 20 m tall, with brown bark that flakes in thin stripes and a pyramidal crown (when it grows as a tree).

Leaves: opposite and decussate in compressed nodes, persistent, simple, ± 1.5 mm long, scale-like, ovate, with a broad and decurrent base and an abaxial resin gland, appressed to the short internodes in such a way that the stem can hardly be seen, often accompanied on the branch by longer, almost acicular leaves with a more lifted apex.

Mature female cones: 6-8 mm in diam., ± globose or oblong-elongate, bluish-black, glaucous, formed by ± fused fleshy seed scales that do not separate when they mature. Each cone bears 2-5 seeds.

Female cones appear at the end of winter or beginning of spring and mature in the following year.

It is often cultivated as an ornamental. It is propagated mainly from semi-hardwood cuttings.

Juniperus chinensis: Pyramidal shape of the tree all year round