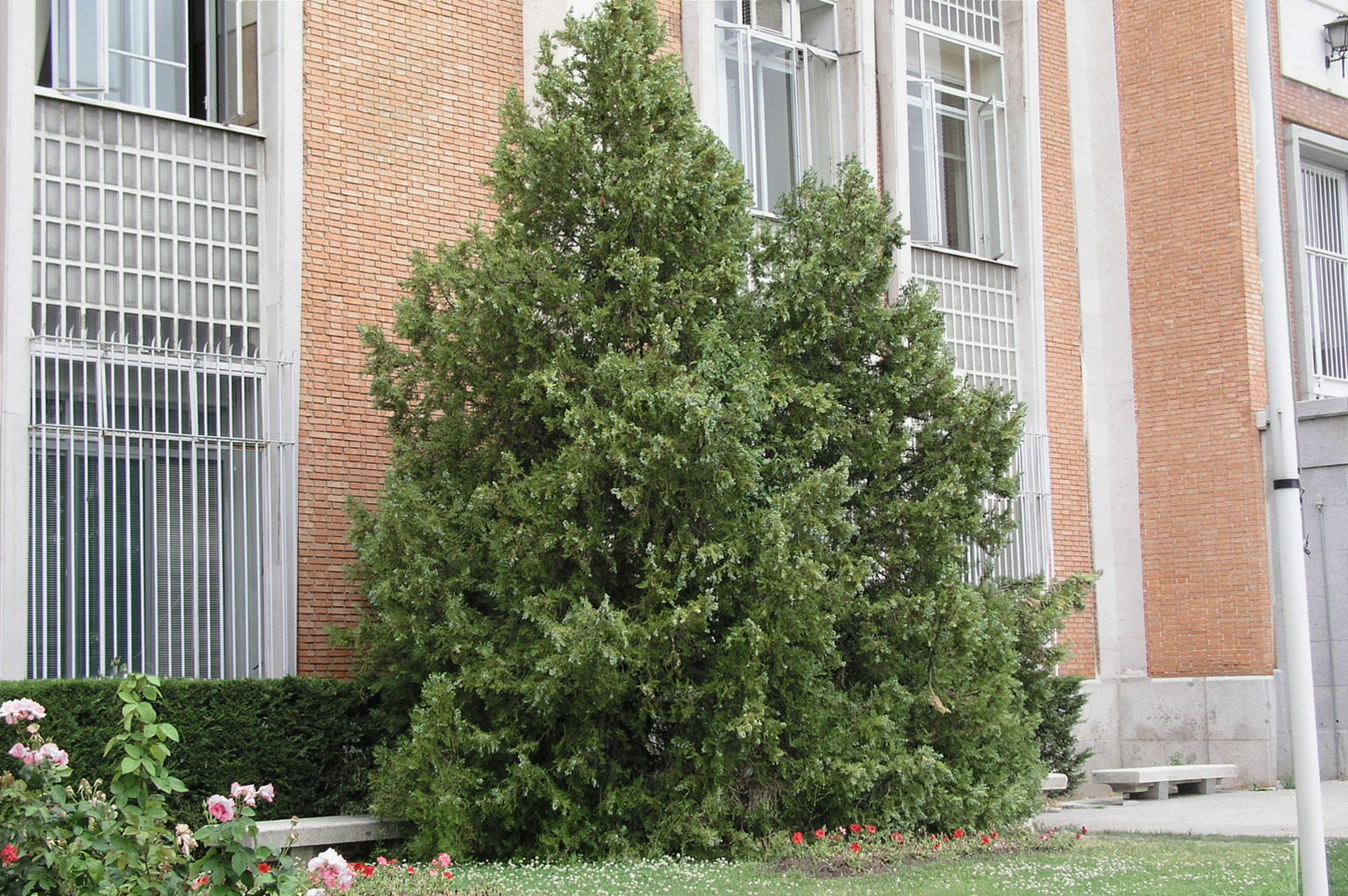 Platycladus orientalis: Appearance of the shrub all year round

Platycladus: From "platýs" (Gr.) = flat, broad, and "kládos" (Gr.) = branch, because its branchlets are compressed in a plane

orientalis, -e: from the east, oriental

Habit: Evergreen, monoecious tree up to 20 m tall (although in cultivation it does not usually exceed 10 m and may grow as a shrub); bark brown, thin, fibrous; crown ovoid-pyramidal when young, later rounded or irregular; branchlets compressed in a plane, erect and arranged vertically.

Leaves: opposite and decussate in very proximal nodes, persistent, simple, 3-5 mm long, scale-like, ovate, with a broad and decurrent base, appressed to the short internodes in such a way that the stem can hardly be seen, the lateral ones more divergent, the frontal ones almost flat and with an elongate resin gland on their dorsal surface.

Mature female cones: 1.5-2.5 cm long, ovoid, brown, formed by 6-8 decussate seed scales, woody, flat (not peltate), with a recurved dorsal "horn," separating when mature to release the seeds. Seeds wingless, 1-3 in each of the 4 lower scales.

It is often cultivated, especially to form hedges. It is easy to shape by pruning. Although it cannot be considered toxic, the presence of thujone in the wood can cause allergic reactions in the skin of some people. It is one of the 50 essential plants in traditional Chinese medicine, which uses its leaves to treat hair loss, chronic bronchitis and other ailments; its seeds have sedative properties and are used to treat insomnia.

It is propagated from seeds or semi-hardwood cuttings.

Platycladus orientalis: Appearance of the shrub all year round