Thuja occidentalis: Appearance of the shrub all year round 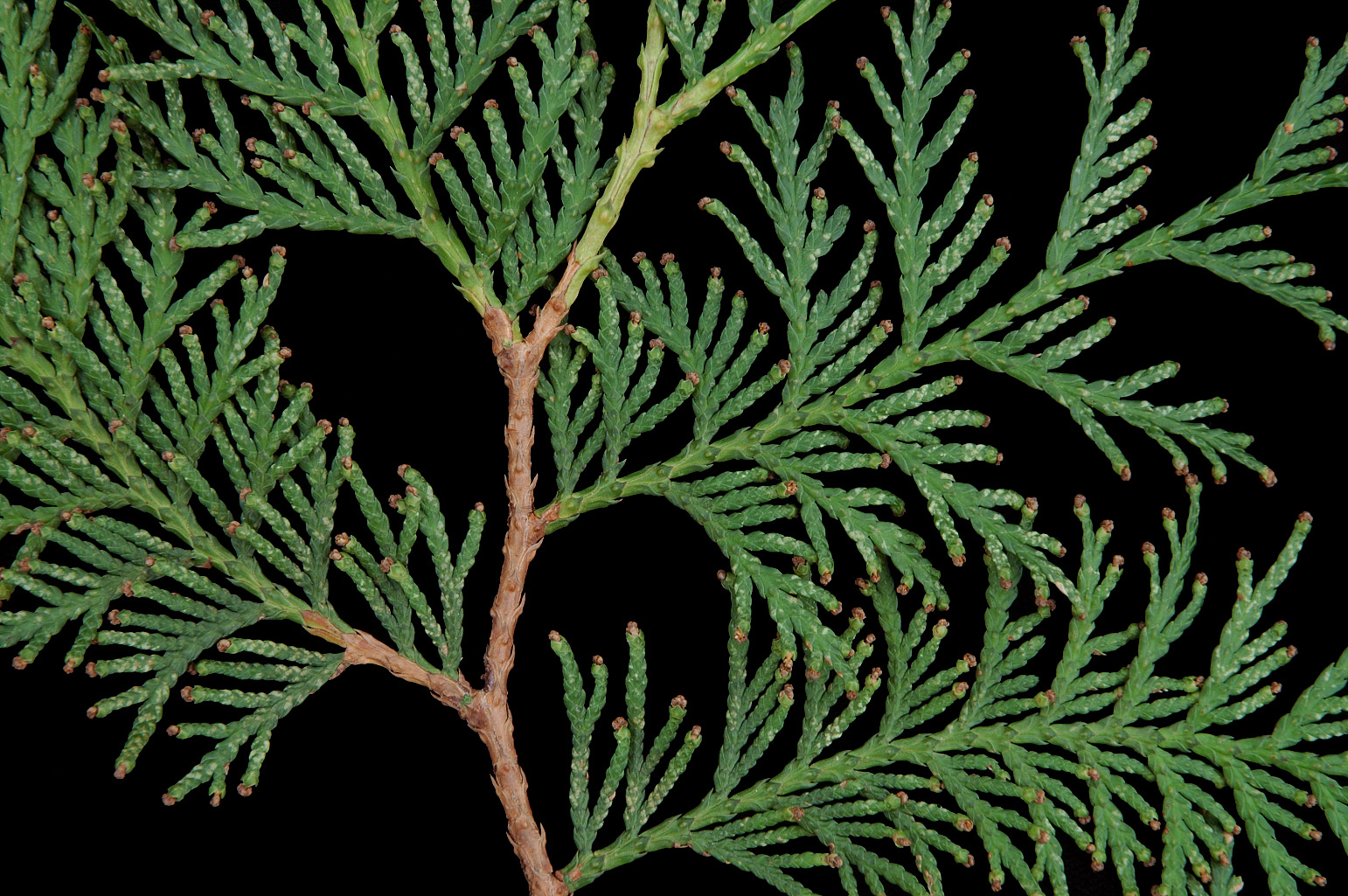 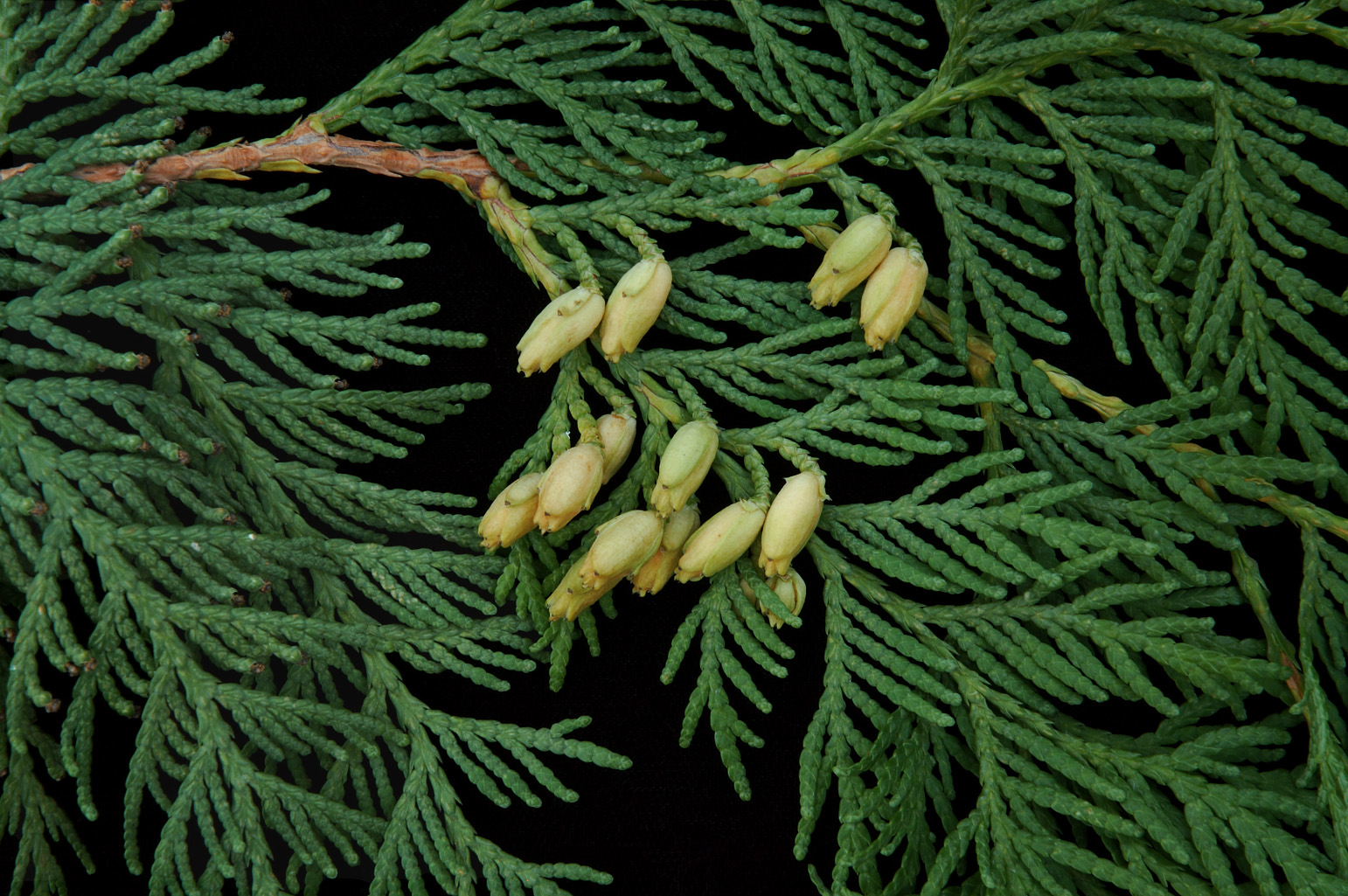 Thuja: From "thya" (Gr.) = ancient Greek name for another tree of the same family

occidentalis, -e: from the west

Leaves: opposite and decussate in very proximal nodes, persistent, simple, 3-5 mm long, scale-like, ovate, with a wide and decurrent base, appressed to the short internodes in such a way that the stem can hardly be seen, ± acute, with a dorsal resin gland that is usually absent on the leaves of secondary branchlets; lateral pairs usually keeled.

Native to SE Canada and the NE United States.

It is widely cultivated, especially to form hedges. Although it cannot be considered toxic, the presence of thujone in the wood can cause allergic reactions in the skin of some people.

It is propagated from seeds or semi-hardwood cuttings.

Thuja occidentalis: Appearance of the shrub all year round